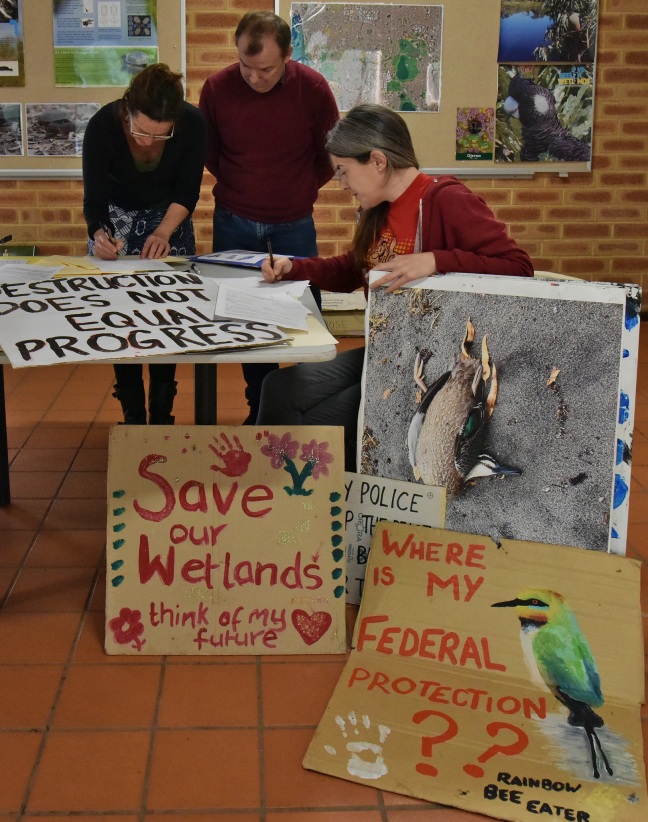 This post was originally published by MuseumsGalleries Australia  and is reposted with permission and thanks.

With the State Election on 11 March 2017 came the end of one of the most important environmental protests in Western Australia’s history; a protest that helped change the State Government with a landslide victory for Labor, and which was testament to the resilience of ‘people power’. One of the first statements from incoming Premier Mark McGowan was that his Government would immediately halt all work on the Roe 8 Highway project.

Protest against Roe 8 had been sustained for many years previously but became intense from December 2016 when a final legal challenge in the High Court was not successful for the main protest group, Save Beeliar Wetlands. Work began immediately on clearing the woodlands and wetlands despite the controversial decision being made so close to the state election, with an opposition who vowed to overturn the project.

Over 7,000 people were members of Rethink the Link and Save Beeliar Wetlands website groups. They came from all walks of life and were united with the local communities of four local councils in the area- against the desecration of the wetlands for a ‘road to nowhere’. The only council who supported the project was Melville, under Mayor Aubrey. Approximately 127 people were arrested during the protest period with 27 lawyers acting pro bono for them in the courts. Many hundreds of people were given Move-on notices by a police force that numbered over 200 on many occasions.

Protests were also creative, humorous and opportunistic, with many people ‘doing what they could’ including cooking meals for tree-sitters, working as ‘watchers’, fundraising (over $50,000 raised for the High Court challenge), making banners, writing letters and attending site protests daily before work. Training in non-violent direct action enabled people to form affinity groups to work together on covert actions such as lock-ons and tree sitting.

The issues around the protest were complex. Not only were changed environmental protection conditions questioned, but also the processes that led to the de-registering of Aboriginal Heritage sites at Bibra Lake; the lack of a transparent Government business case; the awarding of contracts to businesses connected to similar controversial projects in Melbourne and Sydney; health and pollution issues; planning issues around road and rail needs and a hidden connection to the selling of Fremantle Port to foreign interests. WA’s main newspaper was openly Pro Roe 8 and so the role of social media became increasingly crucial to disseminating information. The City of Fremantle in particular would be adversely affected by the continuation of Roe 8 and 9, a proposed bridge or tunnel across the Swan River and another road to the Port.

There are of course two sides and many perspectives to any issue and one of the challenges in contemporary collecting is to obtain a representation of these multiple perspectives. Given the Government’s official documentation and reports supporting Roe 8, the obvious challenge was to capture the essence of the “people power” resistance which was much more ephemeral, spontaneous, diverse and dispersed.

Collecting for such an unusual and complex protest is of course complicated. Where to start? As the protest was not associated with any one council, institution or group but rather came directly from a large and diverse grassroots community- there was no one group able to take responsibility. There was also no money to fund the project.

What we had learned from the prolonged protest was that we now knew what community could do. It was never going to be easy but we were used to having to do it ourselves. As happened whenever something was needed during the protest, a call went out for interested people to help on a community noticeboard, via Facebook, and a group formed from the community to take on the task.

Using newspaper cuttings (Pro and anti Roe 8) and media collected since1984 by an extraordinary community member, the Roe 8 Collecting Group began collating a three-month Timeline (Dec 2016- March 2017), documenting what happened and when. This was important because soon after the protest, people began to disperse and get on with their lives. This Timeline and a longer one leading up to the start of the protest in Dec 2016, will be extremely important research tools in the future, especially to help document photographs. 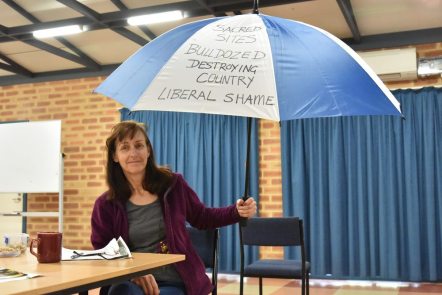 For future exhibitions or examinations of the issues of Roe 8, the time-line will be an invaluable resource to establish context and impact. Indeed during the Community Collecting day, it proved its worth by refreshing memories and acting as the benchmark against which individual experiences could be aligned.

Museums frequently tag themselves as “safe places for dangerous ideas”. It was disappointing therefore that despite a request for help to WA State and local collecting institutions, there was a surprising lack of response. Recent successful contemporary collecting initiatives in Armadale and Toodyay had centred on fire disasters. The collecting approach in those cases was both sensitive and respectful of the communities involved. As a result, artefacts and stories captured the immediacy and impact of these events before the passage of time rendered them obscure.
By contrast, there appeared a general sector reluctance to address an issue that had become a very politicised and on which media reporting had emphasised confrontation and conflict. In the end support was received through Museums Galleries Australia WA and a member institution to enable storage and documentation. With this support, it is hoped that within two years, items will be distributed to relevant collecting institutions, as appropriate.

We decided to start with a Community Collecting Day, held on Saturday 15 July, and to collect 3D objects, costumes, documents, hardcopy photos etc.

By its very nature the word ‘protest’ seems to strike fear into the hearts of government agencies and is rarely alluded to in our museums and galleries. In this case, even something as harmless as a Community Collecting Day became controversial. In the context of heightened security awareness and a largely media created perception of ongoing confrontation, potential venues withdrew support or imposed unworkable conditions and indemnification requirements. Lessons were learned about the changing nature of meaning; an innocuous photo of a person in an owl mask, highlighting a threatened species, was also construed as hiding the identity of a potential malefactor.

Thankfully common sense prevailed and at the last minute an alternative and highly suitable venue was found. The Roe 8 Community Collecting event was finally held at the Cockburn Wetlands Centre, in the heart of the Beeliar Wetlands.

This large, friendly venue enabled us to spread out and we had plenty of room for people to fill out donation forms, photograph and wrap objects. We needed many volunteers (15) on the day as we had no idea how many people would attend, or when. As it turned out a steady stream of people (approx. 40) came over the course of the day (9.30am – 3pm). Museums Galleries Australia members and volunteers stayed all day giving advice and support.

We used basic old school practices on the day; asking people to fill out a donation form by hand, write their story and give us permission to give away their donations to appropriate institutions, as appropriate. A laptop had been donated and a simple Filemaker Pro database was designed and installed on it, to record the items as we received them. Photographs were taken and the items wrapped and taken to storage. Nothing can be online at this point. 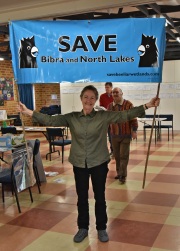 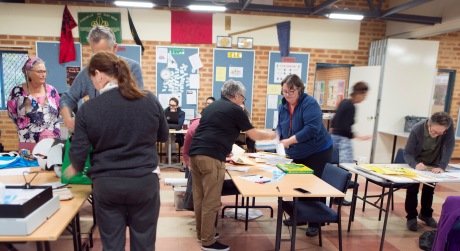 It was a busy and successful day and we were able to collect a variety of items; small collections including the Rethink the Link Archives, fundraising merchandise, posters, signs and banners, costumes, personal items (like pinecones from the tree that ‘Fox’ a tree-sitter, occupied for 10 days), artworks attached to the fence, made by children and lock-on devices. We had recorded more than 150 items by the end of the day and many of those were multiples.

One of the big issues for the future is how to collect the thousands of digital photographs and videos connected to the protest? Both professional and amateur photographers were involved. We have no idea for the best way forward on this.

We would like to work with collecting institutions to make sure the best material is collected, which enables complex stories to be told, not just a piecemeal approach that generates cliché image of protestors or the issues they fought for. A good example of this beginning to happen is the Fremantle History Centre, which will conduct a few oral histories with key players in the near future.

This is an ongoing story and one that is predicated on a belief that our individual stories need to be told but also to remind others of their strength when they act collectively.

Jo Darbyshire is a West Australian artist and freelance social history curator, based in Fremantle. She is interested in collecting stories of ordinary people, the hidden gems, the disenfranchised and the difficult, and including them in our ideas of history.